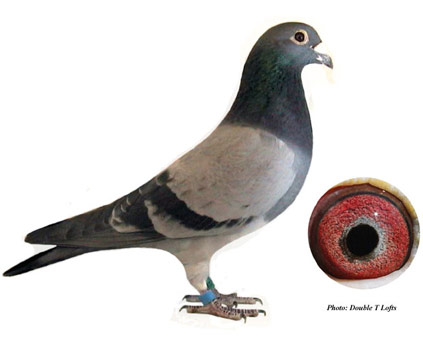 “Triple Play” AU-03-DTL-3912 is an outstanding son of our super breeding pair “Jos” and the “Witneus”. He is also the full brother to our super breeder “Solomon”. “Triple Play” was named for his flying performance. He was only entered in 4-races over a 2-season period. He won 3-races and was 12th in the 4th race. He was 2 x’s 1st at 200 and 1st and 12th at 300 miles. He was brought along slowly so we could depend on him for the long distance races when he was 3 and 4 years old. Because of his outstanding performance as a yearling and a 2-year old, he was stocked. He immediately became an impact breeder!